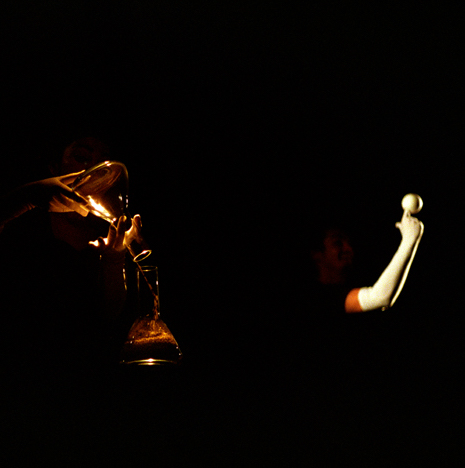 all public from 6 years

Elise and Leo, folded on themselves in their cozy little interior, are frightened by the outside world and its dose of unknown. Exit. The great adventure, frightening until then, is provoked by the flight of unsustainable shoes too engendered in this house-cage. The big book from the outside under the arm, Elise will go in a crazy race in pursuit of Leo, the first to have crossed the door. In the course of their escapade, nature reveals its treasures and a new world opens up to them: the heat of the earth under the feet, the softness of the wind under the faces, and the water that sings on the pebbles. An amazing initiatory journey, a struggle against the hourglass of time that runs too fast.

Suzanne Lebeau was born in Quebec. After studying literature and pedagogy, she trained as an actress in Montreal, Paris and Poland. In 1975, she founded the theater company for youth Le Carroussel with the director Gervais Groudreault. She participated in the first shows of the company as an author and actress, then, gradually, she left the interpretation to dedicate exclusively to writing. Today Suzanne Lebeau has written about twenty pieces and some adaptations. Involved for thirty years in writing and animation, she pursues relentlessly her research on the universe of children, trying to push to infinity the limits of the permit, the possible. Most of his texts are published and translated, some in several languages, and have been produced all over the world. From November 1993 to February 1994, she took part in the first residence of writing for the young public organized by the Chartreuse, National center of the writings of the spectacle, in Villeneuve-lès-Avignon. Several of his works have been awarded, and in 1998 the International Assembly of French-speaking Parliamentarians awarded him the rank of Knight of the Order of the Pleiades for all of his work. 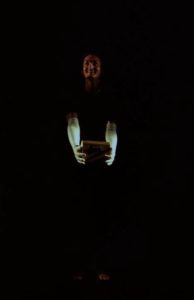 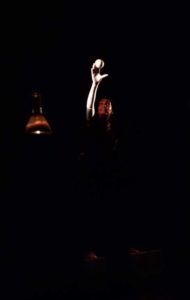 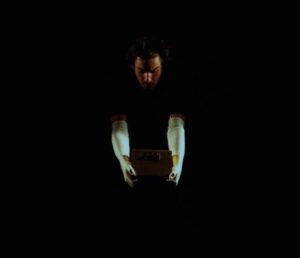 Go to rather than protect yourself

To write Sandals Suzanne Lebeau was also inspired by her own childhood and the principles of education of her parents: My parents never skimped on the quality of the shoes because they said that to wear good shoes allows to go far; On dental care, to bite into life with pleasure; On the quality of the mattresses, to keep the back straight and head high, which helps to look ahead; On books, because they believed very strongly in the virtues of “instruction,” as it was then called.

Take shape and discover the world

Note from the director
Suzanne Lebeau with Sandy Shoes reminds us that it is necessary to escape … to open the doors … to free oneself from the time: to trust and to trust, to prefer the meeting to the isolation. The author declines these themes in a simple, intelligent and warm language. His writing leads us into a symbolic, metaphorical and poetic world where the manipulated object feels good. The two actors, Marie Pierre Hoareau and Alexis Campos, evolve in an open space, perched on cubes, behind and then in front of a screen that suggests a closed space that will open … Each element is manipulated: sand, Water, book, …

This small vagabond form is intended to be broadcast in schools, associations, …, to a young audience with little access to theaters. Sand shoes can be considered as a residence and the actors can be present before and after the show to make the children aware of the puppet object, its space and the particularity of its writing. We can envisage one or two shows during the day accompanied by a workshop or a meeting. For the 2009 season, this show will also be available in an English version.

Transgression and rejection of realism.

The puppet that we have chosen concentrates and develops a surprisingly poetic narrative proposition: the finger stretched white gloved, head in white hanging ball, there, the puppet tool is symbolic, it assumes its origin: THE PUPPET “A GAINE”.

The manipulative actor plays at distancing and passes permanently from the character to the intermediate object.

The manipulation takes place outside the castelet, the open space is concentrated by the focused light in the corridor. The two manipulators are visible and evolve on cubes in front of and behind a screen. Because with Sand Shoe, the narrative articulates like a symbolist puzzle, the stylization of the puppet naturally imposed itself in a scenography allowing no naturalist identification.